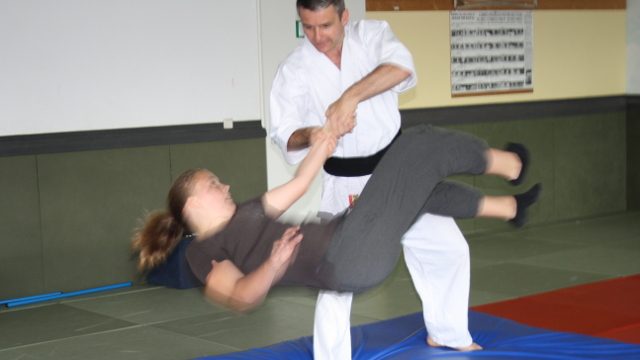 What is Aikidō? A Japanese man, Morihei Uéshiba (died August 26, 1946) developed Aikidō as a non-competitive self-defense system. In Aikidō, skillful evasions and circular defensive movements do not resist the destructive force of the attacker. As a result, the aggressor loses his balance and his attack energy is led into the void and controlled.