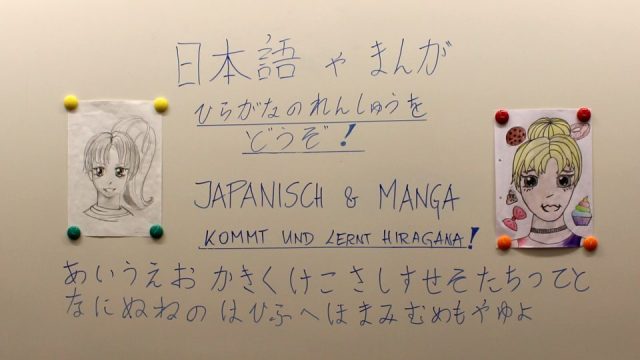 At the beginning of the new semester, you will have the opportunity to get to know the Japanese language, art, and culture. The focus is on the conversation in Japanese. Listening comprehension and own free speaking are practiced in a cozy atmosphere. You will learn to read and write simple conversation pieces in Japanese syllabary. With only 46 characters of the Hiragana syllable alphabet, you can already write and read everything you speak. With ink and brush, the writing becomes calligraphy. For relaxation, we paint motifs in traditional Japanese painting techniques with brushes or create modern Manga studies with speech bubbles. For the course, you need squared and white sheets of paper (DIN A 4), a folder or a loose-leaf binder, and a lot of joy and curiosity about the subject JAPAN.

Mrs. Wilhelm-Karim studied Japanese in Germany and in Japan and completed her studies in Japanese Studies in Bonn. She lived in Japan for several years, mainly in Kyoto, where she learned Japanese, worked as a teacher, and practiced the traditional arts of tea ceramics and calligraphy. In Germany, she has worked as a journalist for Japanese television (NHK), as a chief assistant at the Japan Space Agency (NASDA), as an interpreter, and as a teacher.