The Franziskus Gymnasium Nonnenwerth is a school where young people have been accompanied on their way to life in the Franciscan spirit for more than 150 years. An essential element of this accompaniment is pastoral care. In the mission statement of our school it says: “Even today we orientate our pedagogical activities towards Francis of Assisi and his way of life based on faith,” therefore respect for human dignity, peace, justice and prudence in dealing with creation are important for us. Francis was not an educator; he wanted nothing more than to live the Gospel. He was a man whose example fascinated so much that crowds of young people followed him then, and even today his way of translating the message of Jesus into life attracts young people.

A school pastoral care that is oriented towards his spirit is certainly not fundamentally different from other forms of pastoral care in schools but it still has its own profile and special focus.

We are Christians, as believers, questioners and seekers, who together form a school rooted in the Franciscan spirit”; (mission statement). A school community is community of ways, especially “in matters of faith.” The school pastoral care is provided not only by the priests from the surrounding communities who come to us for worship, not only by the religion teachers, but by all those who strive for a holistic approach to school life.

At our school there is not only the common morning prayer, but also, among many others, a service at the beginning of the school year, which is organized by a student council from the college. In this way, non-religious teachers say prayers, proclaim the word of God and give a sermon. During the Assisi spiritual  journey, which is offered again and again, pupils and their teachers have the opportunity to follow St. Francis in the footsteps of the Holy Spirit. It is to follow St. Francis and to find orientation for one’s own path in the confrontation with his life. The retreats for high school graduates serve a similar purpose. After a review of their lives so far, they look to the future: What do I want to live for, and what significance does my faith have for my life plan?

An essential element of Franciscan spirituality is fraternity. We commit ourselves to living and working together as partners (. . . ) in mutual respect and responsibility of all those involved in school life (mission statement). We prepare the school services together with teachers and pupils and cultivate the spirit of ecumenism.

In addition to teachers, pupils and parents are involved in all major decisions affecting school life. In addition, for more than 20 years there has been a committee called “SCHELLE” in which students, parents and teachers are equally represented and discuss questions of school life as well as plan and implement projects. We cultivate a spirit of togetherness as sponsors support the younger students and senior high school students look after them during the free periods in all-day school.

Francis embraced a leper and tamed a wolf by calling him “brother.” We also try to accept young people in their otherness, to give them space to talk about their problems. On the one hand, there is a child and youth psychologist at our school, but there is also the opportunity for “talk in the tower,” for pastoral conversation in an atmosphere of trust.

Dialogue as a path to peace

Francis sought dialogue with the Islamic Sultan Melek el Kamil in the midst of the Crusades. He was impressed by the deep faith of the other and the two parted as friends. Franciscan education meets the other with openness and esteem: it combines tolerance with the ability to take a stand. Capacity for dialogue is an important step towards peace. Communication training is part of the concept of our school as well as guidance on the responsible use of social media. Students of the “Solidarity Island” group help to settle disputes.

The offer of repentance and confession also serves to promote inner peace and reconciliation with God and fellow men. Twice a year there is a penitential service, followed by the possibility of confessional talks. Each year Lent has a theme that encourages the classes and courses to reflect self-critically on how they deal with each other and to agree on corrections.

The life of St. Francis includes poverty as a consciously chosen lifestyle and the Minoritas, or minority. Education in this sense challenges career thinking and consumerism. That is why we not only have the “helper” principle in open forms of teaching, but also the four-week social practical in grade 10, in which the young people help old, sick and disabled people in social institutions. The school community shows great commitment against poverty – in whatever form it takes – in the 24-hour run, which takes place around takes place every two years. 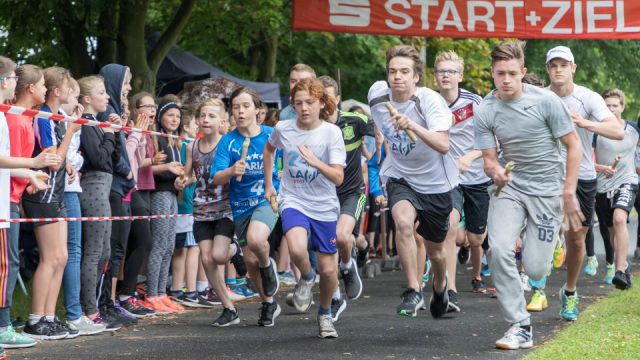 Well known is the love of St. Francis for nature. In nature he discovered traces of God; therefore he met nature in brotherly reverence. Franciscan education and formation links the knowledge of nature with responsibility for creation and teaches wonder at its beauty. This is done among other things at the dune service at Borkumfahrt, at the pilgrimage to Trier to the “Holy Rock” and at the different activities of the Sports-Religion-Week.

For many years this event of the school pastoral has had a firm place at our school. At the beginning of the school year, usually in the second week of school, the students of grade 10 go away for a week in four groups – usually accompanied by a sports teacher and a religion teacher. The first step is to get to know each other beyond the class boundaries. For this reason, the composition of the groups is based on a “good mix.” It has also been shown that students who come to the Upper School from other schools are quickly integrated by this trip. The aim of the sports programme is to offer a type of sport that does not occur in regular lessons and which is also particularly suitable for promoting social skills. With all this, it is quite intentional that experiences are also made  and reflected upon. And it is definitely beneficial for the togetherness if pupils experience that even teachers start sweating and reach their limits, or capsize and land in the water unintentionally!

The religious objectives of the journey relate to three areas and were formulated by the Expert Conference on Religion as follows:

The encounters between teachers and students and between the students themselves should be characterised by the motivation to be fundamentally open to the person of the other, to be sensitive to what is good for them, to want and do good for them. These interactions are marked by mutual respect and tolerance.

2. talk to each other

There should be enough time for the group to deal with questions of finding meaning and other religious topics.

3. praying / meditating / contemplating with each other

During the course of the day there are free spaces that serve the common reflection, prayer or meditation. There is the possibility to lead the students to religious expressions unknown to them until then.

Francis was not an educator in the strict sense, nor was he a religious educator and yet he gives us orientation in our search for guidelines for our efforts in school pastoral care. To be inspired does not mean to have already reached the goal but to be on the way there. This too is part of Franciscan spirituality: to be on the way like a pilgrim and to stay on the way because there is a goal worth striving for.

The contact person for pastoral care in schools is Marius Trzaski.